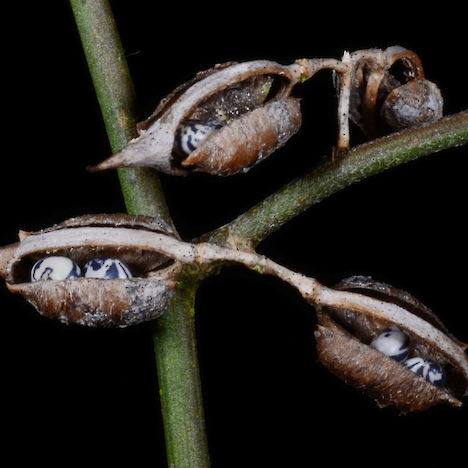 Native brooms in the genus Carmichaelia have a variety of growth habits, from small trees to low-growing shrubs, and even one climbing species. They have characteristic ‘pea flowers’ which can be very showy in some species. Many grow in areas that have potential for afforestation, and most are susceptible to browsing by stock and feral animals. As a consequence, several species are threatened.